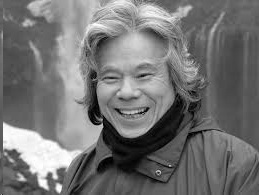 Ken Matsuzaki was born in 1950 in Tokyo. Growing up Matsuzaki’s life was filled with art and culture and his family’s influence began to show when, around the age of 16, Matsuzaki developed an interest in ceramics. In 1972, after graduating from Tamagawa University’s College of Arts, he began a 3 year apprenticeship with (National Living Treasure) Tatsuzo Shimaoka.
Nearing the end of his apprenticeship Matsuzaki asked Shimaoka if he would consider extending it for another 2 years, whilst he learned to develop his own style, and began creating his own motifs and palette of glazes that he would use for the next 15 years. Today, Matsuzaki has exhibited widely in Japan, America and the UK and his work is held in major galleries worldwide.